MultiVersus Season 1 is here and with it comes an all-new Battle Pass designed for you to show off your unique style in different ways. We’ve been blown away by your love and enthusiasm for MultiVersus, and we think you’re really going to enjoy all of the goodies packed into Season 1, including new characters such as Rick, Morty, Black Adam, and Stripe, new cosmetics, new modes (Classic Arcade & Ranked), as well as premium rewards. Let’s dive in!

The new MultiVersus Battle Pass includes two paths of content to unlock during Season 1, one of which is free for all players and the other, a Premium path for even more goodies. Both paths are filled to the brim with new content that can be earned simply by playing the game. If you’re worried about missing out on certain rewards, fear not, you can upgrade your Battle Pass at any time during the season if you decide there's something that you just can’t live without. We think it’s all awesome and hope you do, too.

The free track of the MutliVersus Season 1 Battle Pass is designed to give you a steady stream of fun rewards to unlock as you play. Unlocks include gold, XP boosts, unique badges, icons and stickers.

If you progress through the entire free track, you’ll even unlock LeBron’s exclusive I’m Freakin’ Robin character variant, which is incredibly cool. Just look at it!

By spending 950 Gleamium or redeeming a battle pass token, you can unlock the premium option of the Season 1 Battle Pass. In celebration of our inaugural season, we’re packing this pass with additional character variants and ringouts to say “thanks” for your enthusiasm and support for MultiVersus so far! We’re elated that so many of you have been enjoying the game, and this jumbo-sized Battle Pass will be filled with premium rewards.

By simply unlocking the premium Battle Pass, you’ll receive the Toon Squad ‘96 Taz variant for Taz to give even more wild style to your next tornado spin. <3

In addition to the rewards you’ll receive from the free track, the premium pass has a variety of unique rewards that you can scoop up along the way. Additional character variants such as Harley’s fan-favorite Task Force X, Flashback Garnet and others will also be available, as well as new ringouts, stickers and XP boosts. With both Battle Pass options available, you’ll be able to unlock fun new stuff every time you play.

If you have some Gleamium laying around, there will be new cosmetics for direct purchase outside of the Battle Pass. Kick your opponents ‘old school’ with Jake the Dog’s Jake the Starchild variant, or if you’re feeling hungry for stylish victories, break it down with Shaggy’s new Kung Fu variant.

You’ll probably notice that our cosmetics are categorized into different rarities ranging from uncommon to rare to epic and finally to legendary. The tiers of these cosmetics are determined by the unique features of the items and the visual effects that accompany them.

Similar to Shaggy’s Uncle Shagworthy variant, some of the upcoming legendary cosmetics have entirely unique voice actors and custom animations, providing a fun new way to experience your favorite characters. We think you’ll enjoy all of the cosmetics and can’t wait to see all the new looks that you’ll be serving.

That’s the rundown for now! Again, thanks so much for being part of the MultiVersus community. Start progressing through that Battle Pass today and get those limited-time rewards.

Be sure to follow us on YouTube , Twitter , Facebook , and Instagram and join us on our official Discord. We hope you’re as excited as we are for Season 1, and we’ll see you in-game where you’ll likely be tossing us off the map in style. 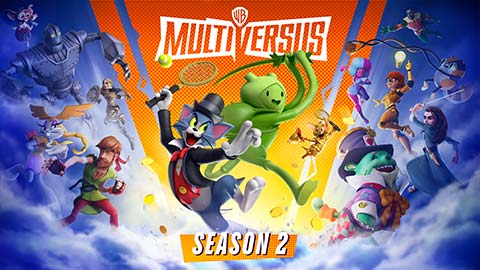 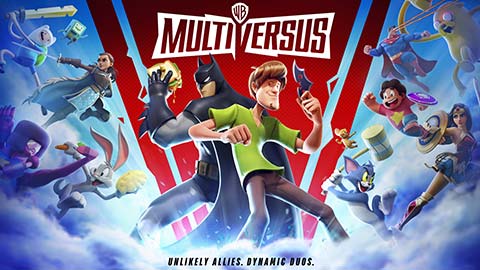 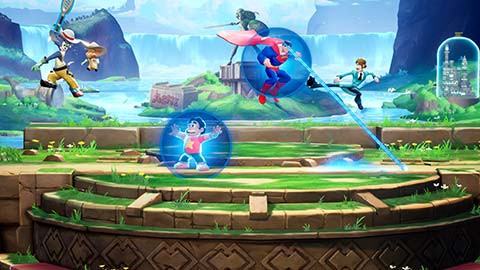